The United States reported 80,000 new coronavirus cases on Friday, the highest number in a day since the start of the pandemic earlier this year. There are also rising cases of hospitalizations across the country, with daily death tolls rising as well.

As of Friday, the total cases in the country were 80,005. According to John Hopkins University, this number effectively surpassed the previous daily high of 77,362 cases reported on July 16. Experts in the country are concerned that with hospitalizations reaching 75%, the number of deaths is also set to rise. And there are fears that the worse is just ahead.

The US Surgeon General on Friday said that although coronavirus cases are surging, the mortality rate is decreasing – dropping by as much as 85%. This drop in the number of fatalities, he said, is due to a number of factors, including the use of the now popular Remdesivir, steroids, and the top-notch care that patients are receiving from medical personnel who are now equipped with a better understanding of the COVID-19 disease.

The Covid Tracking Project (CTP) reported that more than 41,000 COVID-19 patients were hospitalized in different facilities across the country. According to them, an increase of 33% means that this is the highest coronavirus hospitalizations since August 2020.

Death cases reported from John Hopkins University are not cheering either. It said the seven-day average of daily deaths increased to 763 – the highest average in a month.

The White House coronavirus task force officials said that cases might just be worsening across the Southeast and Southwest regions of the country, with no improvement witnessed in the Midwest, all the way to the Northern states. Governors of these states have also come out to raise the alarm on the surge in infections, hospitalization, and deaths.

A study by the University of Washington’s Institute for Health Metrics and Evaluation said that to help prevent about a hundred thousand deaths before the end of February 2021, there is the need to expand mask use. The study concluded that if 95% of Americans wore masks in public, 100,000 deaths could be prevented before February.

Dr. Anthony Fauci, a leading infectious disease expert in the country, said that to battle the massive increase witnessed across the country, citizens would have to double their safety measures. He said now is the time to enforce the federal mask mandate within the country, even though the action might be challenging to implement in practical terms.

In a related development, as part of measures to fight the recent rise in COVID-19 cases, pharmaceutical giant AstraZeneca said it would resume the trial of its experimental coronavirus vaccine in the US. The trial was put on hold last month after a trial patient in the UK developed a neurological condition. Now, the company said the US Food and Drug Administration had given it the go-ahead to resume the trial.

Drug manufacturers are hastening their production process to see a vaccine become available before the year runs out. President Donald Trump had said in Thursday’s presidential debate that he expects a vaccine to be approved before the end of the year.

However, experts have called for cautious optimism. The director of the National Institutes for Health, Dr. Francis Collins, said a vaccine might be released soonest or take longer. He further said that the FDA might not be keen on approving a vaccine with less than 50% effectiveness. Dr. Adam, on his part, said that if eventually released, the COVID-19 vaccine would be the most scrutinized. 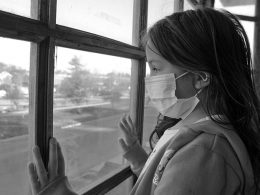 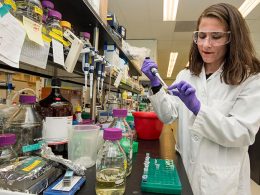 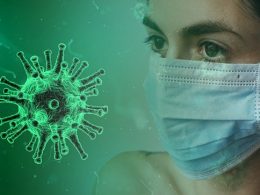 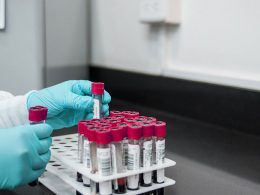