Following the announcement of the high success rate of the Pfizer-BioNTech vaccine last week, an American biotechnology company based in Massachusetts has also released the outcome of the trials of its vaccine. Moderna revealed on Monday that its vaccine has a success rate of 94.5%.

Dr. Anthony Fauci, director of the National Institute of Allergy and Infectious Diseases, responded to the announcement of the success rate of the Moderna vaccine hailing it as an extraordinary feat. Dr. Fauci stated that the distribution of the vaccine will commence mid-December beginning with people who have compromised immune systems and will spread gradually to others by spring next year.

Moderna stated on Monday that they got the results of the trials the day before from the officials of the Data Safety and Monitoring Board, an autonomous board that helped Moderna to compute and analyze the results of the trial conducted for the vaccine. The medical chief officer of Moderna, Dr. Tal Zaks, described his excitement at getting such an extraordinary result about the efficacy of the vaccine. He described the feat as one of his greatest achievements.

The trial conducted for the vaccine had 30,000 volunteers, 15,000 of whom were given a placebo and the rest were given the vaccine. The study revealed that 90 of the volunteers that had received the placebo later contracted the infectious disease while only 5 of those that had gotten the vaccine got the virus. Eleven of the 90 who had gotten ill after receiving the placebo had severe cases of COVID-19 while none of the 5 who got the virus after receiving the vaccine got severely ill, NY Times reports.

Moderna also revealed that the vaccine has no severe side effects and only a few volunteers reported having headaches and body aches. The biotechnology company also stated that it will apply to receive authorization of the vaccine from the US Food and Drug Administration towards the end of the month. Fauci has urged Americans to look towards receiving a COVID-19 vaccine towards the end of December.

As soon as the vaccines begin rolling out, experts say that public health care workers, old people, and people who have other medical conditions that can be worsened by COVID-19 will receive vaccines first before the rest of the population. Dr. Fauci mentioned that vaccination of high-risk inhabitants will end by April and for two to three months after that, others will receive their doses of the vaccine.

The vaccine uses the same technology as the Pfizer-BioNTech vaccine. The messenger RNA or mRNA technology used in the vaccines forces the body to produce bits of proteins that look like the virus. The body then learns to attack the bits and the virus if a vaccinated person is later exposed to the coronavirus. 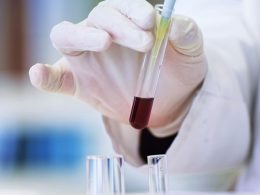 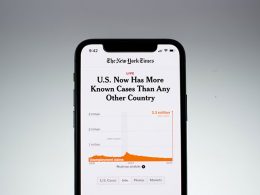 The United States, for the first time since early August, has clinched the top spot for the number…
byPablo Luna 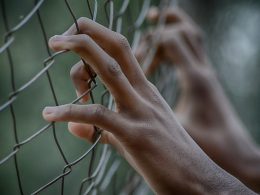 Following the ruling of a federal judge to the effect, Oregon will start administering COVID-19 vaccinations to its prison…
byPablo Luna