Samsung has been giving consumers several trendy computer monitors in recent times, including the Space Monitor, released only last year, which was designed using the features of Microsoft Surface Studio desktop.

Now, Samsung is back again with the launch of the Smart Monitor, which the company claims boast of top-of-the-range media services, mobile connectivity, and remote PC functionalities. The late 2020 releases comprise a 27-inch sized monitor on offer for $230 and a 32-inch monitor going for $280. Also, on its lineup is a 32-inch 4K Monitor, branded the M7, which comes at a price of $400.

The new Smart Monitor, Samsung said, is an innovative gadget that brings all your work, learning, and entertainment needs in one place via a single display. It is designed to meet the needs of trendy, remote workers, who now work from home.

While the current Smart Monitor may not immediately turn heads like the impressive Space Monitor, what it lacks in its eye-popping display, it makes up for in topnotch and extra features. The Smart Monitor runs on Samsung’s Tizen OS software, Samsung reveals in a blog post.

It can connect through your Wi-Fi to stream HDR10 content from streaming services like Hulu, Netflix, Apple TV, YouTube, and much more, without the need to have extra hardware connected. There are other apps available for download from the built-in app store, such as Samsung’s Health app.

You can choose to mount all models of the monitor on your wall using the 100 x 100 Vesa mounts. Each variant of the monitor comes with two 5W built-in speakers; remote control with voice assistant support for Bixby 2.0, Alexa, and Google Assistant. The Smart Monitor is AirPlay 2-compatible, which makes it possible for users to cast from their Apple devices. In essence, the Samsung Smart Monitor is more or less a TV.

Now, you may want to switch into work mode to get things done. Simply connect a mouse and a keyboard to the monitor using Bluetooth 4.2. You can then connect to Office 365 using a virtual machine without the need for extra hardware. You can also choose a wireless connection through DeX, which enables you to mirror your Samsung Galaxy S8 and newer devices on the monitor.

The M7 comes with powerful connectivity features for your gadgets. Using a USB-C, you can connect the monitor to your laptop. The USB-C is capable of DisplayPort video, data transfer, and power of up to 65W. There are two other extra HDMI 2.0 ports. The M7 also boasts of USB-A 2.0 ports for data (the M5 monitors have two).

The Samsung Smart Monitor is set for release by November 16 for customers in the United States, Canada, and China. Other markets will follow shortly after. 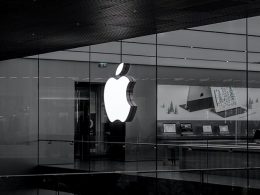 Google has come up with a new subscription plan for selling its Pixel 4A phones. The company is offering…
byPablo Luna
No comments 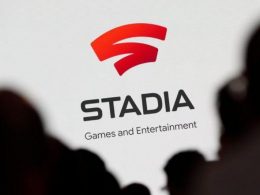 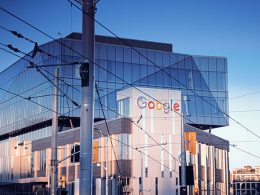 Google’s Project Zero, an elite team of security bug hunters, has revealed details of a vulnerability in Windows which they…
byPablo Luna
No comments