Early in the year, Royole revealed a peek into its second-generation flexible phone, the 5G-enabled FlexPai 2. That particular product took advantage of its latest OLED panel technology to come up with its outward-facing flexible screen, which was very similar to Huawei’s Mate X.

Now, the Chinese phone brand is offering a new panel, which is touted to provide an improved bend radius, top-notch display performance, and as a key feature – a greatly reduced crease down the seam. Initially scheduled to be released into the market in the second quarter of 2020 – a date that was not feasible – the phone has finally been released and made available to enthusiastic buyers.

Following a live-stream launch of the product, in keeping with guidelines of the lockdown measures, FlexPai 2 has been made available for buyers on Royole’s website. The phone is expected to be available on JD.com by September 25th.

Royole has shown its device to be a competitive alternative to other well-known brands. For example, in China, the Huawei Mate X, which is similar in its use of the outward-facing flexible screen just like the FlexPai 2, goes for a whooping 16,999 yuan (about $2,510), a very substantial difference in price with the FlexPai 2. On the other hand, Samsung’s Galaxy Z Fold 2 goes for just $1,999 in the US market, but it is still considered expensive compared with what Royole is offering.

In the virtual launch, the phone company’s CEO, Bill Liu shared a glimpse of the specs of the new device. It comes with a Qualcomm Snapdragon 865 processor, a 7.8-inch display (1920 x 1440), quad cameras, and stereo speakers. In switching to its folded mode, there’s the option to use either the 5.5-inch primary screen (1440 x 900), which has shortcut buttons in its edges, or the much smaller secondary screen (1440 x 810), which has cameras beside it.

For the cameras, there’s the 64-megapixel f/1.89 main camera, the 16-inch megapixel f/2.2 ultra-wide camera, an 8-megapixel f/2.4 telephoto camera (supports triple zoom), and a 32-megapixel f/2.0 portrait camera. Just like its predecessor, the current device offers a dual-screen photography mode, which allows you to catch a glimpse of yourself in the secondary screen.

There’s a touchpad below the camera, capable of waking up the display when on standby. You can achieve this with a double-tap. While working on your apps, you can use the double-tap function to split your screen into three, made possible through Royole’s Android 10-based water 2.0.

Other key specifications include a 4,450mAh battery (which is a significant increase from the 3,970 mAh of its predecessor), a 6.3mm thickness when opened, and 12.8mm thickness when closed, a 339-gram weight, and 5G network, which currently favors China and European markets.

This device comes with a Fully Flexible Display. The panel was subjected to a test and passed the 200,000 bends, which is the benchmark for today’s foldable phone technology.

The company enlisted the help of the Chinese National Institute of Metrology for further certification of its panel. The results showed that this device’s panel could withstand an astounding 1.8 million bends. How competitors such as Samsung and other players in the foldable phone industry will react to these figures will be interesting.

It’s been a fierce race in the foldable phone industry within the last few years. Only major players such as Samsung, Motorola, Huawei, and Royole have held tightly to the market. It is yet to be seen if Royole will delve into other markets. Due to the lingering trade war between the US and China, the chances are that if you buy an imported version of the FlexPai 2, you won’t be able to access Google apps.

LG seems to be stepping up on their game with their snap-on secondary screen devices. Now, consumers are presented with a lot of options in the phone market. 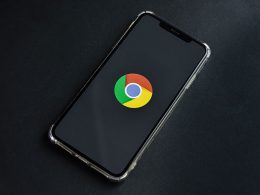 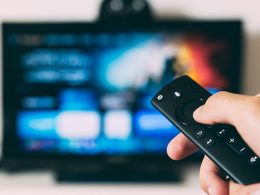 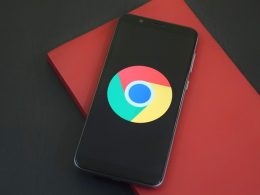 Google Chrome, the world’s most popular browser, gets better every year. If you’re yet to update the popular…
byPablo Luna
No comments 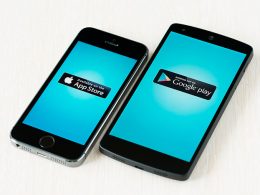 Google Meet, Google’s video conferencing service, has rolled out its noise cancelation feature for Android and iOS. The noise…
byPablo Luna
No comments