Diabolical ironclad beetles can withstand a lot of impact thousands of times their weight. These are insects that have survived being stomped on by humans, woodpeckers, and, more recently, having a car rolled over them. Scientists went on a probe to ascertain just what makes the armor of these insects resistant to such massive impacts, hoping that their findings would help them design tougher engineering structures.

Now, scientists have an answer to why these insects are so strong. They found out that their outer wing case, known as the elytra, comprises a series of perfectly interlocked puzzle parts, which takes up a jigsaw design, giving the bugs the strength they possess.

These bugs are found mostly in woodland habitats of western North America, residing in tree barks. The insects are tiny, measuring about 0.6 to 1 inch. Their ancestors could fly, but this present crop of beetles, having lost their flight abilities, are content with having a crush-resistant shield that can withstand various powerful pressures.

Entomologists began looking into what makes these insects thick when their efforts to pin these insects for anatomical mounting always failed. Sometimes, the steel pins used in the mounting efforts ends up bent, bowing to pressure from the beetle.

To understand the level of impact these insects could take, scientists performed a compression test on them. A Toyota Camry car was used to run over the insect, and it survived the impact.  In the end, the beetles withstood forces of up to 149 Newtons (about 15 kilograms). That’s about 39,000 times the beetles’ weight. According to Pablo Zavaretti, a lead researcher in the study, this shows how tough the beetles really are.

When the exoskeleton of the insect was subjected to microscopic examination, scientists found out that the exoskeleton had lateral support structures that made some parts of the outer wing case very strong and also distributed a uniformed spread of weight over the beetle’s back to protect vital organs. The fusion of the elytra also allowed for more reinforcements.

Researchers also examined the flying relatives of the ironclad beetles and found a not-so-strong design of the elytra, made of tongue and grove designs resembling the structure of wooden flooring. This design enabled their wings to open and close for flight. Unlike their relatives, the ironclad beetles had fused elytra that resembled a jigsaw puzzle stretched along the abdomen of the insect.

Scientists made 3D sample products that imitated the design of the elytra of the beetle. They found out that these products could also withstand heavy loads and impacts.

Using this template, engineers can design structures that mimic the impact-resistant nature of the iron-clad beetles. This technology could be applied to the aviation and vehicle manufacturing industry to build airplanes and cars that will be durable and survive significant impacts. 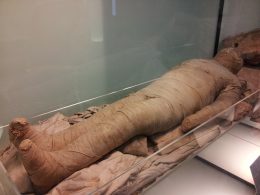 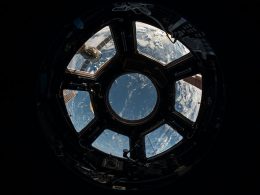 Jeff Bezos, CEO, and founder of tech giant Amazon projected in an Instagram post that his company, Blue…
byPablo Luna