Galaxies cease to exist when the stars found in them stop forming, scientists say. This is exactly what happened in a distant galaxy, and for the first time, astronomers witnessed this event firsthand. Using the Atacama Large Millimeter/submillimeter array of telescopes in Chile, scientists saw how a galaxy got rid of most of the gas it uses to form stars.

This galaxy is known as ID2299 and has taken about nine billion years to reach Earth. For a universe that is touted to be about 14 billion years old now, what this means is that astronomers observed the light from this galaxy just the way it was when the universe was a third of its age – 4.5 billion years old.

So far, the ID2299 galaxy has lost about 46% of its cold gas. It is estimated that the galaxy is losing 10,000 suns worth of gas per year, reducing its capacity to form stars. However, the rate at which this galaxy is forming new stars is astonishing. Reports say the speed of its formation of new stars is hundreds of times faster than that of our galaxy. At this rate, the ID2299 galaxy has just a few million years to live.

Annagrazia Puglisi, a lead author in the research and a postdoctoral research associate at the Durham University in the UK, released a statement on the findings of his research group. Puglisi, who is also a researcher at the Saclay Nuclear Research Center, announced that this was the first time that scientists witnessed a star-forming galaxy in the distant universe go out of existence due to the rate of its outburst of cold gas.

Meanwhile, there might be a reason for the sudden imminent extinction of this galaxy. A possible collision with another galaxy may have resulted in their merger to produce ID2299. Tell-tale evidence of this collision is the long stream of gas ejected into space after the collision of two galaxies. While this long stream of gas, otherwise known as a tidal tail, is usually very hard to observe, scientists may have seen its trail as it extended into space.

The merger of this galaxy has seen scientists rethinking their theories on how stars are formed in galaxies. Emmanuel Daddi, a co-author of the study and also a researcher at Saclay, said their study led astronomers to revise their understanding of how galaxies ‘die.’

Future observations of the galaxy would establish more about the gases ejected from the galaxy. This study first appeared in Nature Astronomy on Monday. 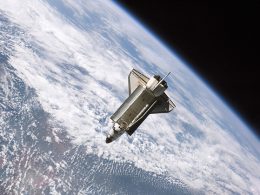 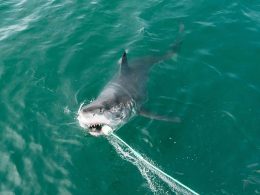 A massive great white shark, one of the largest ever of the fish that researchers have been able…
byPablo Luna 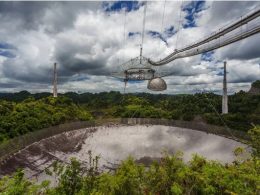 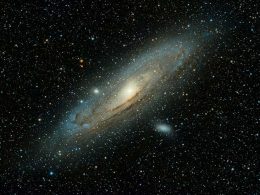