British Prime Minister Boris Johnson has announced that £160 million will be invested for wind energy to power all UK homes by 2030. He said the government will upgrade all wind farms so that wind energy could serve all residential homes in the next 10 years. He also hinted that the investment will provide 2,000 new construction jobs and also support 60,000 other related jobs.

According to Johnson, upgrading wind farms for energy production will set the UK on the path to becoming a world leader in clean wind energy, and the country will get greener with time with zero carbon emission.

“Your kettle, your washing machine, your cooker, your heating, your plug-in electric vehicle – the whole lot of them will get their juice cleanly and without guilt from the breezes that blow around these islands,” he told a conference of Conservatives.

PM Johnson’s renewed effort to explore renewable energy sources was boosted by a commitment he made at the UN biodiversity summit in New York where he said 30% of lands in the UK will be reserved for natural biodiversity.

With the renewed wind energy plan, the government will make natural energy investments in Teesside and Humber in northern England, as well as choice areas of Scotland and Wales. According to the British leader, the investment will raise the capacity of offshore wind energy production from 30GW to 40GW by 2030. This is part of a 10-point plan made by the government for a green industrial revolution that will hasten the country’s transition to net zero emissions by 2050.

With this initiative for net-zero emissions, greenhouse gases will significantly be reduced so that its impact on climate change and on the natural environment can be greatly mitigated. And based on his vision for powering all UK homes with offshore wind energy, Johnson said the government will become globally renowned for harnessing winds the way Saudi Arabia is known for oil.

“Far out in the deepest waters we will harvest the gusts, and by upgrading infrastructure in places like Teesside and Humber and Scotland and Wales, we will increase an offshore wind capacity that is already the biggest in the world,” he said. “As Saudi Arabia is to oil, the UK is to wind – a place of almost limitless resource, but in the case of wind without the carbon emissions and without the damage to the environment.”

However, an environmental analyst, Roger Harrabin, noted that there is great potential in harvesting wind power for energy uses, but it should not be exaggerated. He said it will go beyond the targetted 2030 before the country becomes fully decarbonized, and that offices and factories consume as much power as private homes do in the UK. 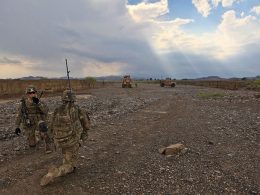 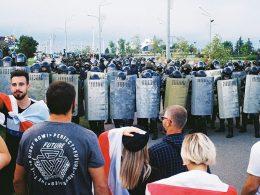 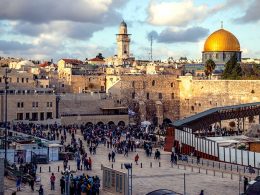 Israel Admits 2,000 Ethiopian Jews for Resettlement Instead of 8,000 Planned For

The Israeli government has approved the resettlement of 2,000 Ethiopians of Jewish descent into the Israeli community in Israel.…
byPablo Luna
No comments 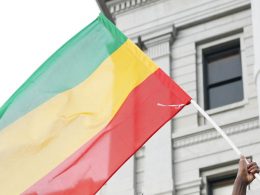 The Ethiopian parliament on Saturday voted to dissolve the government of the northern Tigray region. This move is…
byPablo Luna
No comments