Two recent studies reveal that bees and flies are not getting adequate sleep, a phenomenon that is caused by some common pesticides. The researchers involved in one of the studies had bumblebees ingest nectar which contained some traces of neonicotinoids, a substance used in many regions as a pesticide. The bees were then set loose and the scientists observed the effects of the substance in the insects’ habits.

The researchers stated that they gave the bees the same amount of pesticides that they would come in contact with within the wild. One of the researchers, Kiah Tasman of the University of Bristol told reporters that not only did the bees become less active during the day, sleeping their day away, the insects also started hunting for food at night, and as a result, they hunted and ate less.

“The pesticide totally disrupted the body clock of the insects causing them to hunt for food less since they were hunting during the night and sleeping at daytime,” Tasman said.

The teaching associate explained that less hunting for food will be very drastic on bees and by extension, humans. This is because a majority of the plants we feed on, need to be pollinated by bees for reproduction and growth to occur. According to the World Wildlife Fund, just about 10% of wild plants and 25% of staple crops around the world do not need to be pollinated by insects and other animals.

Of all pollinators, bees, especially honeybees, are one of the most important. The US Department of Agriculture stated that bees help grow about one-third of the foods we eat, increasing harvest output by over $15 billion annually in the United States alone.

Extensive use of pesticides is posing a big risk to these insects and other pollinators, the team said. Bees are also being affected by deforestation, climate change, and predators. The insects are being so negatively affected that the probability of seeing a bumblebee in America and European countries have reduced by over 30% when compared to the previous century, experts revealed.

Tasman stated that this is because the insects are becoming more passive and choosing to remain in their hives more and more instead of going out to forage. She explained that flowers are more available during the daytime than nighttime which will make it more difficult for bees to forage at night. Tasman also said the pesticides which have been discovered to have strange effects on small bees, are affecting how the bees grow, reproduce and take care of their colony.

In another study, the researchers observed the effects of the same substance on flies. Tasman said they discovered a similar thing, with the insects being unable to recognize daytime from nighttime. She added that the observations of the studies can help to ascertain how pesticides are affecting the insects, which will, in turn, help in the production of pesticides that will not affect the insects.

Jeff Bezos, CEO, and founder of tech giant Amazon projected in an Instagram post that his company, Blue…
byPablo Luna
No comments 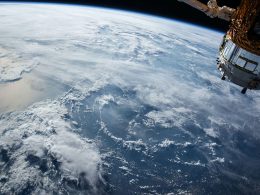 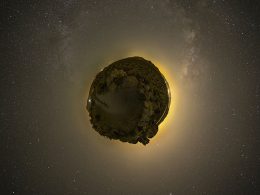 A Blue Moon is a full moon that occurs in the same month that has previously had another full moon.…
byPablo Luna
No comments