The Food and Drug Administration (FDA) announced on Monday that it has approved a monoclonal antibody therapy produced by Eli Lilly and Co., an American pharmaceutical company headquartered in Indianapolis, for the treatment of COVID-19. The antibody which the FDA approved under an emergency use act can only be used to treat mild to moderate cases of the disease.

Bamlanivimab is the first of its kind to get authorization from the FDA. The drug will be ineffective in treating severe cases of the disease but it has proven useful in helping patients with mild to moderate cases avoid being hospitalized, CNN reports.

“The function of monoclonal antibodies is to act as the immune system by helping to fight off the viruses and other toxic antigens,” the FDA stated. “Bamlanivimab does the same thing by blocking the SARS-CoV-2 from attaching or entering the cells in the human body.”

Dr. Patrizia Cavazzoni, acting director of the Center for Drug Evaluation and Research (CDER), a subdivision of the FDA explained that the emergency approval of the antibody will provide medical practitioners extra support in the fight against the virus. She explained that the agency will continue to analyze the safety and effectiveness of the drug as more people use it.

Before the emergency authorization, the result of a trial was published in the New England Journal of Medicine in October. The report in the journal stated that bamlanivimab appeared to reduce the severity of COVID-19 cases and helped the participants of the trial avoid hospitalization. The trial was conducted on a small number of patients according to the journal.

The company also announced that the Trump administration has awarded a contract worth $375 million for it to supply 300,000 doses of bamlanivimab. The terms of the agreement that Eli Lilly and Co. will deliver the doses two months after it gets the Emergency Use Authorization which it applied for in October.

The company plans to produce 1,000,000 doses of the antibody therapy by the end of 2020, 100,000 of the doses will be delivered to the United States government within days.

“AmerisourceBergen, which will distribute the antibody treatment on behalf of the United States government will receive the doses within days,” Lilly announced.

The authorization stipulates that patients must get bamlanivimab within 10 days of testing positive for COVID-19. The drug is ineffective against severe cases and should therefore not be used for patients who have been hospitalized or are receiving supplemental oxygen.

Though the antibody costs over $1,000, patients will only need to pay for its administration which is expected to cost between $60 to $200, according to the FDA. 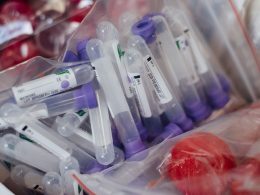 Biotech company Regeneron has released the initial results of tests carried out on coronavirus patients. The test, as…
byPablo Luna
No comments 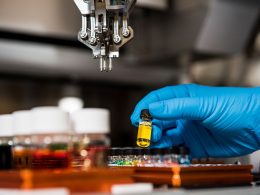 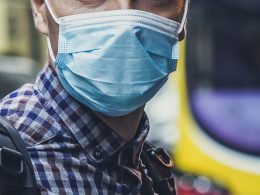 A 25-year-old Nevada man was hit twice with the coronavirus earlier this year, scientists in Nevada said. He is…
byPablo Luna
No comments 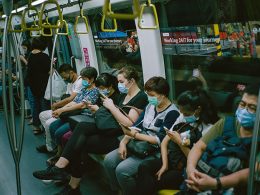