The Chicago Teachers Union (CTU) has voted to refuse the district’s mandate that in-person classes should resume on Monday, February 1. After a weekend meeting where the members of the union voted, the decision to ignore the district’s mandate was reached, on the basis that the district has not provided sufficient COVID-19 measures that will ensure that in-person resumption will be safe for all parties involved, Fox News reports.

The CTU also thanked President Joe Biden for choosing to support their demands and refusing to order them back to the classroom in spite of their concerns. While addressing a question from a reporter, Biden explained that the teachers are being reasonable in demanding that their safety and that of their students are ensured before they resume back to the traditional style of teaching.

“We know the educators wish to resume, but they want to do that in safe surroundings, and that is a goal we must work to achieve,” Biden said to reporters on Monday.

Government-owned schools in the city wanted to resume traditional learning methods for their nearly seventy thousand students from kindergarten up to eighth-grade classes. Teachers and non-teaching staff were asked to resume early, so they can prepare for February 1 resumption for the pupils.

Members of the CTU stated that the schools are not safe enough for resumption, adding that things will only be completely safe when more people have been inoculated against the virus and a workable metric is in place to ensure that educators and other members of staff of the school will be safe. The measures that the district is willing to put in place currently include sanitization and carrying out COVID-19 tests for those who are interested.

After Biden’s statement, the union thanked him for choosing to support the demands that they have been making since last March. The teachers’ refusal to resume is, however, a clog in the president’s plans to ensure that students resume for in-person classes within his first 15 weeks as president.

The school district also responded to the president’s comment on the issue, stating the previously announced measures it put in place for teachers and learners. According to reports, if the teachers stick to their guns, they would be infringing on a 2019 agreement with the school district. The agreement states that teachers can not embark on strikes.

The district stated that learners are showing signs of extreme challenges assimilating through virtual learning and the only solution is to return to the traditional methods. It also added that many privately owned learning institutions have resumed in-person classes with casualties.

The Union wants a hold on the resumption date till Wednesday when its members can agree on a safe and viable solution for all parties. 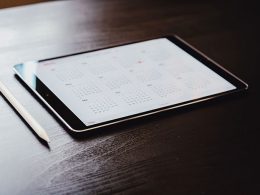 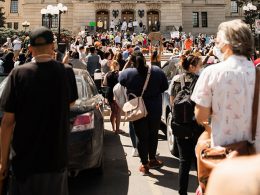 Protesters in Kansas City, Missouri, said they would continue to occupy City Hall grounds over the inhumane manner…
byPablo Luna 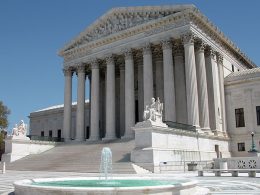 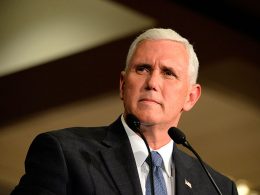