New Zealand Prime Minister Jacinda Ardern is set to win Saturday’s election as voters turn out en-masse to reward her swiftness in dealing with the COVID-19 pandemic. In an opinion poll released in Wellington, New Zealand’s capital, the Prime Minister’s Labour Party polled a total of 46% votes while the National Party, the main opposition, polled 31% votes. The Labour Party’s ally, the Green Party, also polled 6% votes, giving way for the Labour Party to have a majority seat.

With Arden, New Zealand has been able to swiftly and successfully tackle the COVID-19 pandemic, unlike other countries such as the UK, the US, and Australia. This is even more surprising because authorities in Australia, which is a neighboring country, are still trying to stop the spread of the virus. Voters are rewarding Arden’s swiftness in containing the coronavirus spread in New Zealand.

“Many voters are going for Ardern,” a political analyst at Victoria University, Bryce Edwards, said. “Her response to the pandemic is responsible for the events playing out now – a landslide victory for Labour Party.”

Polling stations in New Zealand will close at 7 pm local time on Saturday and a provisional result of the elections will be released around midnight. Arden is known in New Zealand and other countries for her empathy, kindness, as well as a swift and effective response to crises. The pandemic provided a platform to show all she can do, ending criticisms that she has failed to deliver on some of her major campaign promises.

Ardern’s opponent, Judith Collins, leader of the National Party, issued an offer of tax reduction and criticized some of Ardern’s policies. Ardern’s party and Collins’ party have promised to spend massively on infrastructure to help the economy recover from the pandemic. Labour Party also intends to increase income tax by over NZ$180,000 ($120,000) per year to help the economy.

During the last debate, Ardern told viewers that the country was lucky to have survived the pandemic and requested for more time to bring change. Collins on her part urged viewers to prepare for gloomy economic times and pleaded with voters for support.

The New Zealand borders are still shut, crippling the tourism sector, a major sector in the country’s economy; and there are reports of an impending rise in unemployment. Voters are however still going for the 40-year-old prime minister for her role in tackling the pandemic. 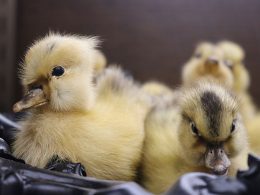 26,000 Day-Old-Chicks Found Abandoned in Airport in Spain; No Claims of Ownership

Authorities have discovered about 26,000 day-old-chicks abandoned in cardboard boxes at the Madrid Barajas airport in Spain. The chicks were…
byPablo Luna
No comments 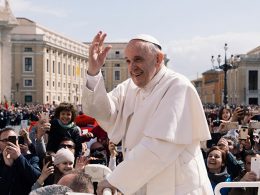 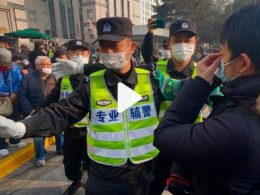 Zhang Zhan, a Chinese journalist who actively documented the COVID-19 outbreak in Wuhan last year, has been sentenced…
byPablo Luna
No comments 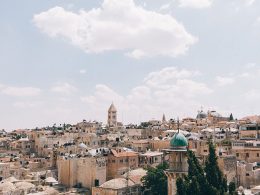