Stephen Miller, White House Adviser, has tested positive to COVID-19. Miller joined a growing number of White House officials and top aides to President Donald Trump, who have contracted the virus in recent times, prompting fears from health experts that an outbreak might indeed be spreading fast in the White House.

Miller released a statement on Tuesday, saying that he has been self-isolating and working from home over the last five days. He confirmed that he has been getting tested every day, which turned out negative every time. However, the previous test carried out on him only yesterday confirmed he was down with the virus.

More than 10 White House officials have tested positive for the coronavirus over the last few weeks. However, matters came to a high point when President Donald Trump and First Lady Melania Trump tested positive for the virus. Trump was subsequently admitted to the Walter Reed National Military Hospital in Bethesda, which he left after three days of treatment.

Earlier in the year, Katie Miller, Miller’s wife, who is also the communication director of Vice President Mike Pence, had tested positive for the virus.

Miller is a top policy adviser for the president and has served in several capacities such as Speechwriter. He is well-known as an immigration enthusiast who has crafted many of Trump’s controversial immigration policies that separated children from their parents. Asides from being a die-hard immigration proponent, Miller had in the past championed racist and white nationalist ideas.

Miller was also one of the top aides that flew with the president aboard Marine One, the president’s helicopter, to several locations the past week. He was aboard the chopper with other advisers such as Dan Scovino, Jared Kushner, and Hope Hicks, who had since tested positive for the virus.

An event held at the White House Rose Garden on September 26 to announce Judge Amy Coney Barrett as Trump’s nominee to the Supreme Court seemed to have played a role in the spread of the virus. The COVID-19 safety protocols on masks and social distancing were broken in that event and many officials that attended announced that they were down with the coronavirus.

Miller’s latest announcement may turn the focus of health experts on analyzing the extent of the outbreak that may have happened in the White House. The US Center for Disease Control and Prevention had proposed carrying out an investigation into the White House and begin contact tracing for every one suspected to have been in contact with those infected. The White House rejected this offer, saying it had in place in-house plans and guidelines to limit the further spread and establish a robust contact-tracing program. 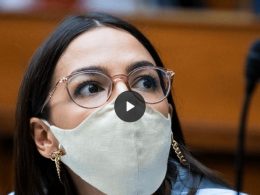 Rep. Alexandria Ocasio-Cortez (D-New York) has given a personal rundown of events that played out during the violent…
byPablo Luna 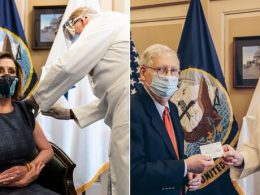 In line with continuity-of-government procedures in the United States, members of Congress have started receiving COVID-19 vaccines. The lawmakers…
byPablo Luna

While thousands of families in Southern California prepared to celebrate Thanksgiving, they received a rude shock when power…
byPablo Luna 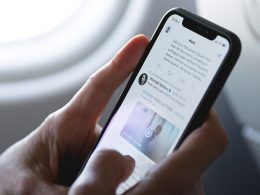