A group of MIT scientists has developed an artificial intelligence (AI) algorithm that can be used to identify people with COVID-19 through the way their cough sounds. The algorithm can differentiate the cough of people with COVID-19 from people that do not have it regardless of whether they are showing symptoms or not, the BBC reports.

According to the MIT scientists, the algorithm had a success rate of 98.5% when it was tested on people who had previously tested positive for COVID-19. The algorithm was always correct when used for people who had no other symptoms. It was able to effectively identify their coughs from the sounds that had been programmed into it.

The scientists have revealed plans to develop it into a mobile application that can be freely downloaded and used. The app, if it is approved by the Food and Drug Administration can scan the cough of people and tell them if they have COVID-19 or not right from the comforts of their homes and offices.

Brian Subirana, an MIT researcher and co-author of the study, explained that the sound produced by people with COVID-19 is different from the sounds made by uninfected people. The AI can easily identify the sound even though it sounds like all other coughs to the human ears, according to Subirana. The study has been published in the IEEE Journal of Engineering in Medicine and Biology.

“The sound produced by people who have COVID-19 has a distinctive quality that the algorithm identifies, even if they are asymptomatic,” Subirana explained.

The study posits that the algorithm can be used to test students, employees of organizations, and the general public especially as establishments are reopening their halls to the public. The study also revealed that the program can be used to test a group of people when there are suspected cases of outbreaks, Forbes writes.

Other organizations such as Cambridge University, Carnegie Mellon University, and Novoic, a UK healthcare organization have been trying to create similar, easier methods of testing for COVID-19 using sounds and breathing patterns.

Cambridge University’s COVID-19 sounds project recorded an 80% success rate in spotting people with COVID-19 using their breathing patterns and cough. The scientists in charge of the project revealed that they have collected about 30,000 recordings of breath and cough patterns from different people.

Calum Chase, an AI expert explained that AI is a useful one just like using an X-ray machine to identify cancerous growths in patients. The scientists also explained that with 40% of COVID-19 patients being asymptomatic according to the CDC and about 20% to 45% of patients never showing any symptoms at all, the algorithm will be very helpful in curbing the spread of the virus. 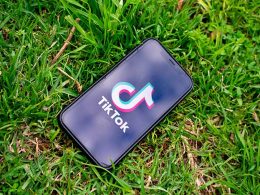 FDA Warns of Hospitalization and Death with TikTok “Benadryl Challenge” 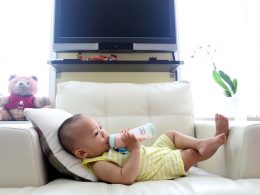 Many parents have a lot to worry about a new government report that was released by Congress. The…
byPablo Luna
No comments