Dawn Wells of Gilligan’s Island has died from COVID-19 complications in Los Angeles, according to a statement by publicist Harlan Boll on Wednesday. Wells, famous for playing the role of the amiable Mary Ann Summers in the 1964 sitcom that ran up until 1967, died at the age of 82, Fox News reports.

A fellow actress in the flick, Tina Louise, who played the role of Ginger Grant on Gilligan’s Island, reacted to the news of Wells’ death. Louise said she was heartbroken to learn of the death of her colleagues and would always remember the kindness shown to her by Wells.

Louise noted that together, they created an enduring project that has continued to put smiles on the face of people, especially in this period of a pandemic. She hoped that Wells’ legacy would continue to live on.

Wells was born on October 18, 1938, in Reno, Nevada, and started out as a beauty queen. In 1959, she represented her home state of Nevada in the Miss America pageant. It was a move that opened future opportunities for her to commence a career in Hollywood. She subsequently starred in numerous TV shows, including Maverick, Bonanza, Hawaiian Eye, The Joey Bishop Show, and 77 Sunset Strip.

After an intense audition process, Wells was able to secure the role of Mary Ann on Gilligan’s Island. The series aired on CBS and ran for three seasons from 1964 to 1967. It was later syndicated.

In her interview with Forbes Magazine in 2016, Wells quashed a widely-held notion that actors earned huge amounts of money. She said that contrary to perception by the public, actors merely managed to stay afloat. She recalled she was placed on a $750 per week salary while working on Gilligan’s Island. Unknown to the public, producer Sherwood Schwartz made about $90 million just from the reruns of the show.

Wells was not only an actress. Her time was spent between being a producer, an author, journalist, speaker, and philanthropist. She ran her Film Actors Boot Camp in Idaho and chaired the Terry Lee Wells Foundation – an organization dedicated to the girl-child and women in northern Nevada, CNN writes.

Wells had a couple of personal awards for her enviable works. She received the Elephant Sanctuary Award for activism in animal preservation.

Wells gained worldwide attention with her role in Gilligan’s Island. She portrayed the role of the castaway correspondent for Channel 9 in Australia. The film went on to clinch positive ratings and reviews and made Wells an instant star.

In recent years, she was faced with financial troubles that nearly left her bankrupt. However, a GoFundMe campaign by her loyal fans raised about $197,000 to help Wells get back on her feet again.

She is survived by her stepsister Weslee Wells. 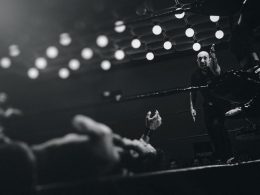 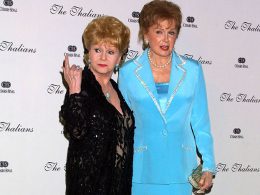 Rhonda Fleming, the actress known as the “The Queen of Technicolor,” has died aged 97. Carla Sapon, Fleming’s…
byPablo Luna 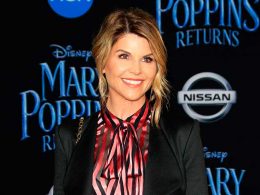 It’s been over a year since Lori Loughlin, her husband, and a dozen others were charged in the…
byClaudio Castillo 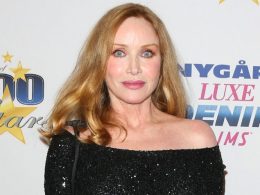 American actress Victoria Leigh Blum who was known by the stage name, Tanya Roberts, died in hospital on…
byPablo Luna